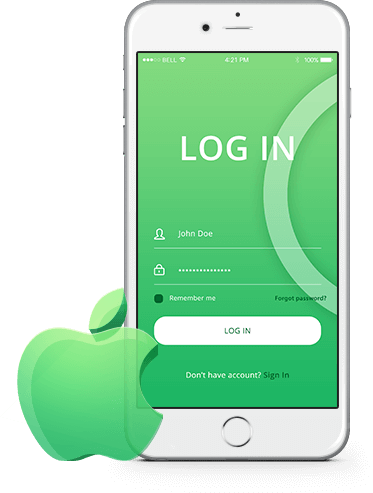 At Eastern Peak we have assembled a team of the most creative and talented iOS developers who can easily implement your business idea into a product of any complexity.

The iOS platform is preferred for its recognizable brand, user-friendly UI, flawless elegant design and high performance. Apple devices are considered to be number one for business purposes while also offering great opportunities for entertainment.

Advantages of developing an app for iOS

The first stage is designing the User Experience for your future app. We conduct thorough research on your target audience and create a description of your potential user persona based on its results. This description will show what the solutions are and show which ones are the most attractive. We will ensure that there is a high demand for your future app on the market.

When developing an iOS app design, we adhere to iOS Human Interface Guidelines. To enhance the User Experience of the app we implement such technologies as 3D Touch by Apple. This provides a new level of interaction with your app’s interface.

Designing a User Interface for an Apple device has a number of nuances. For example, one of them is the absence of a physical back button. So, we have to decide on how to optimize navigation between screens. Typically the return button is located in the upper left corner of the screen.

The next stage is coding. Our experienced and highly skilled developers design both the front-end and back-end of your app.

The development process is almost finished, the last thing that is needed is the testing of your product. So, we make sure that the app is bug-free and ready to launch onto market. The smallest error can cause a load of issues including: the malfunction of some of the features of the app, unsatisfied customers and negative reviews. These can all lead to a loss of downloads and engagement. To avoid these problems we do the following:

Release to the App Store

Because of the Apple application approval policy, launching your app to the store may take a lot of time (up to several months) for non-experienced developers. Apple experts check and test apps for bugs and usability. They also make sure that your app complies with the App Store Review Guidelines, which is regularly updated.

Some of the most common reasons for rejection include:

For instance, you may want to embed a billing system made by your on-site developers instead of the Apple in-app purchases which give users access to premium content within your app. You’ve already spent your employees’ labor hours and resources in creating this system. But, on the approval stage you get notified that your app has been rejected because of this very requirement. It turns out that your kind of app should not include buttons, external links, or other calls to action that direct customers to purchasing mechanisms other than apple in-app purchases. Your technical partner should be aware of nuances like this as well as many others.

Due to our expertise in releasing iOS apps, we’ll make sure that your app will be approved on the App Store within the minimum possible terms:

REQUEST A QUOTE We will contact you within one business day.