More than ten years ago, Rails framework was written in Ruby programming language. Nowadays, according to Hotframeworks ranking, Rails occupies the third place in the overall list of frameworks used. Ruby on Rails popularity at GitHub repository, number of questions at StackOverflow and Google Trends all demonstrate similar statistics. So why is Ruby on Rails so popular among both developers and entrepreneurs?

Many product owners consider Ruby web development the most productive way to build web applications. Well, it’s not a naked assertion. Ruby allows efficient ways for building applications at each step of development process, when many important components can be generated instead of being coded.

Besides, Ruby on Rails contains many proven methods and policies, recognized by both junior and senior devs, thus guarantying good software design results. It also means that it would be easier to modify and maintain the code in future. Even after launch of Ruby web site, adding new features and making other changes would be a piece of cake.

What is Ruby on Rails good for?

Ruby web development works for many projects, however it is a perfect choice if your site or app refers to one of the following categories:

Here at Eastern Peak Software we also enjoy building project on Ruby on Rails. Below are only a few examples:

Why Ruby on Rails So Popular – 5 Reasons

Ruby on Rails’ popularity among developers and business owners grows rapidly. So why Ruby web development is in such a great demand?

#1. Ruby is a perfect solution for MVP development

Development of Minimum Viable Product (MVP) to validate the idea with a user base is a baseline for startup strategy. Startups’ software development process is often limited by time and budget, so it is important to find development team who would operate flexible programming tools. Below you will find a few reasons why Ruby on Rails is good for building an MVP.

Applications, written in Ruby on Rails, use RESTful architecture by default. RESTful allows easily creating APIs and is a well-recognized paradigm among mobile and web programmers. You also do not need to hire a new developer to implement RESTful code, since Rails would ensure that anyway.

#3. Ruby is perfect for Agile projects

Frequent changes to the scope happen a lot in Agile projects. Ruby on Rails’ modular design helps to reflect these changes quickly with no loss in code quality. Product Owner is able to give instant feedback, and new versions are released very quickly. Automated tests in Rails framework help ensure the absence of bugs during code modification and do not require additional documentation.

Community support for RoR is amazing – Ruby developers may get free online tutorials, ask and answer questions on forums and get assistance quickly. Vast Ruby developer community always keeps the framework up-to-date. Hundreds of Ruby developers create new modules every day. You also may be sure that applications and plugins are tested for security prior to release.

Last but not least, built-in Ruby on Rails testing framework provides inexpensive, fast and reliable testing, which make it a sweet spot for developers.

Quick learning, exceptional support and automated features of Ruby on Rails are the reasons why ruby on rails is so popular.

You don’t need Ruby developer when:

You need Ruby developer when:

Now that you know, what is Ruby on Rails used for and why it is desirable for many developers and profitable for a wide spectrum of businesses, we should say it is one of our favorite development tools. In the end, Ruby on Rails outsource allows you to get a project within less period of time without sacrificing quality and performance of your application or website.

Fill in the form here and we will be glad to talk about your project and answer all your questions regarding our possible collaboration. 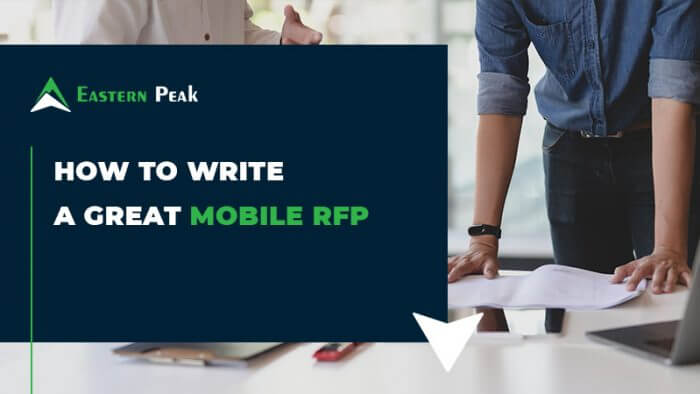 How to Write a Great Mobile RFP

You may be surprised how often companies are finding outsourcing of mobile app development confusing. You bet! It is easy ...

If you have already created your web application, it’s time to start obtaining metrics about it. How many times your ...