Test Before You Develop: Why Should You Choose Rapid App Prototyping Prior to Building Your MVP?

Imagine building an airplane without a high-level schema or visual model to refer to. Seems impossible, right?

Jumping straight into software development without having defined the requirements first is just as difficult. It is not just risky, but can also be really dangerous. As a result of your rushed decision, you waste your time, money, and effort on a product that will require lots of changes and revisions or won’t be able to take off at all.

That is why it is important to start your project roadmap by prototyping an app, even before you build an MVP.

Having worked with mobile and web applications of various scales and complexity, we at Eastern Peak understand the importance of prototyping in mobile app development. In this article, we will shed some light on the importance of this process and try to answer some of the frequently asked questions about mobile app prototyping.

What is rapid prototyping?

As one can easily guess from its name, rapid prototyping means the building of a full-scale, detailed model of a product fast. In manufacturing or construction, for example, prototyping often involves the development of three-dimensional models of the product or building. 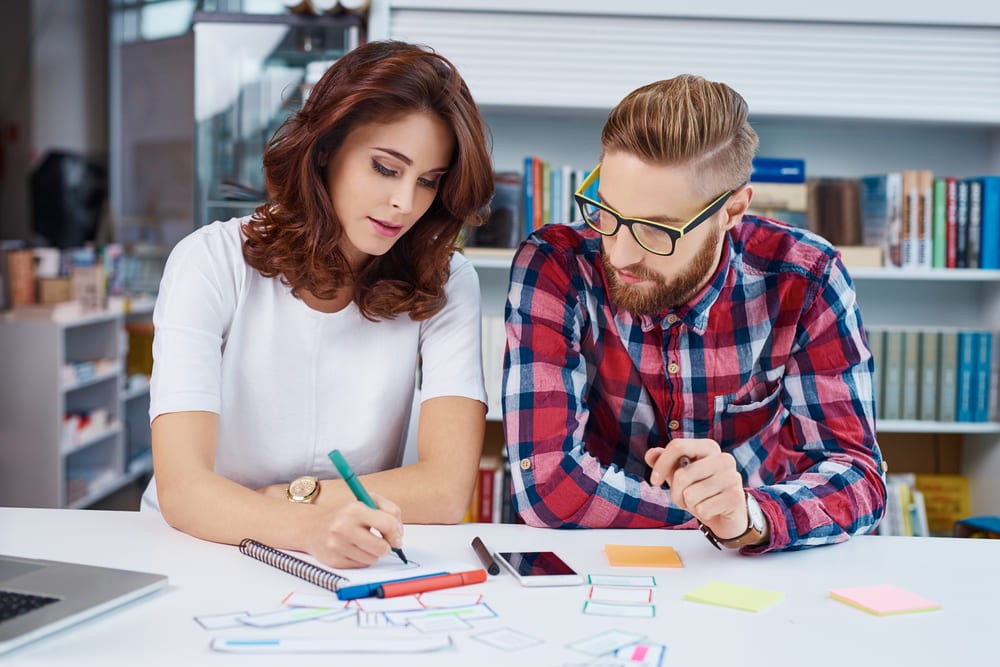 The concept is also widely used in software development. App prototyping comes in handy when you need to create a visual and functional demonstration of an app concept. It helps startup owners draft up a product’s functionality as well as creates a full-fledged graphic representation of their concept.

Read more: What’s the difference between an MVP, POC, and Visual Prototype?

As follows from the rapid prototyping definition, the process prioritizes speed. Taking into account how time-sensitive a startup environment can be, the ability to iterate fast and ship the product ahead of competition is crucial.

Why prototype? The main advantages of rapid prototyping

Rapid app prototyping offers a number of benefits. Namely, with a high-fidelity prototype at hand you can: 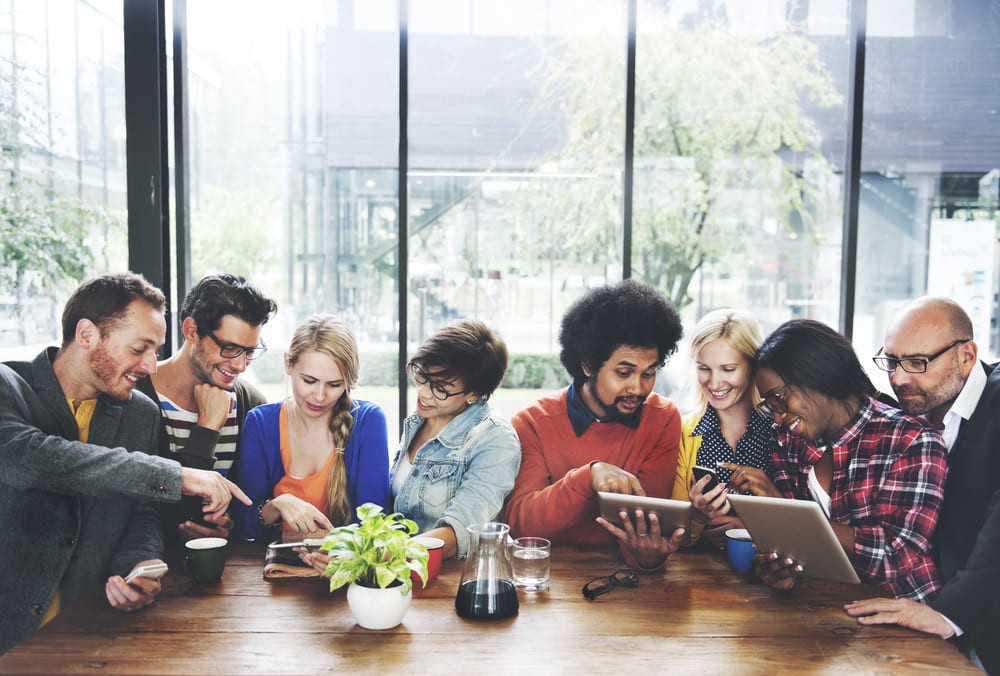 What’s the difference between low-fidelity and high-fidelity prototypes?

There are dozens of different variations of prototypes used in software development. They usually differ by their purpose, form, or preciseness. Based on the level of detail, the software prototypes can be classified as low fidelity and high fidelity.

Low fidelity prototype is less elaborated. It is intended to simply visualize the app concept and collect early feedback. Low fidelity prototypes usually focus on representing the functionality rather than the UI, and that is why they look nothing like the actual app but have a very high-level design.

The examples of low fidelity prototypes range from a sketch made on a napkin to clickable wireframes. 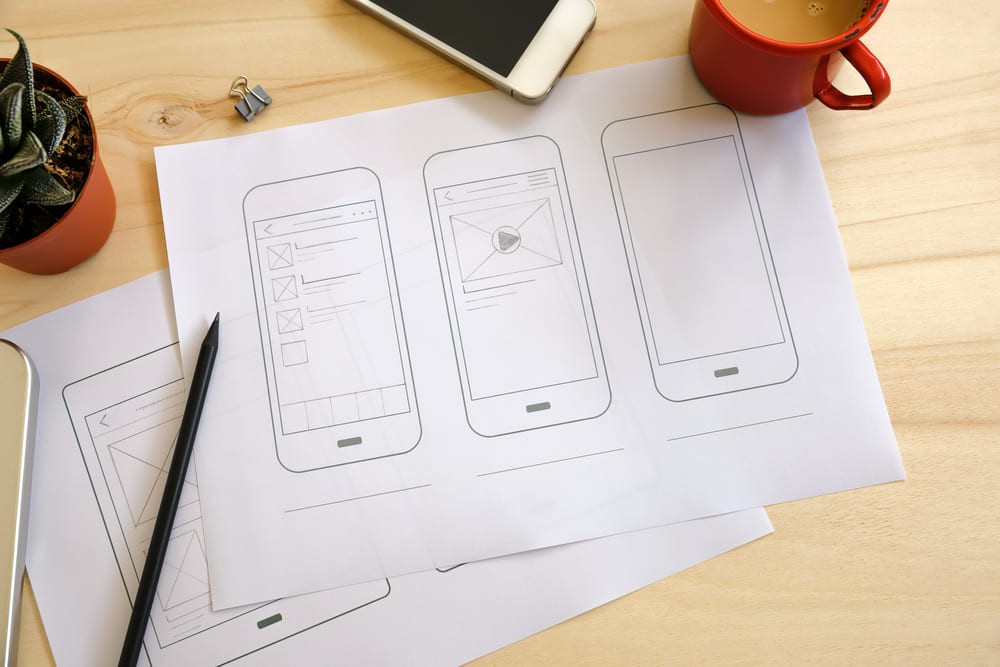 This approach to prototyping an app has both pros and cons:

High fidelity prototypes are usually more detailed and interactive. They are very close to the final product in terms of look and feel.

Such prototypes are used to test out the usability and to refine the user experience, rather than simply visualizing the product’s functionality. They can be created using special tools, such as InVision or Proto.io.

As a result, there is a number of benefits of high fidelity prototyping for a mobile app: 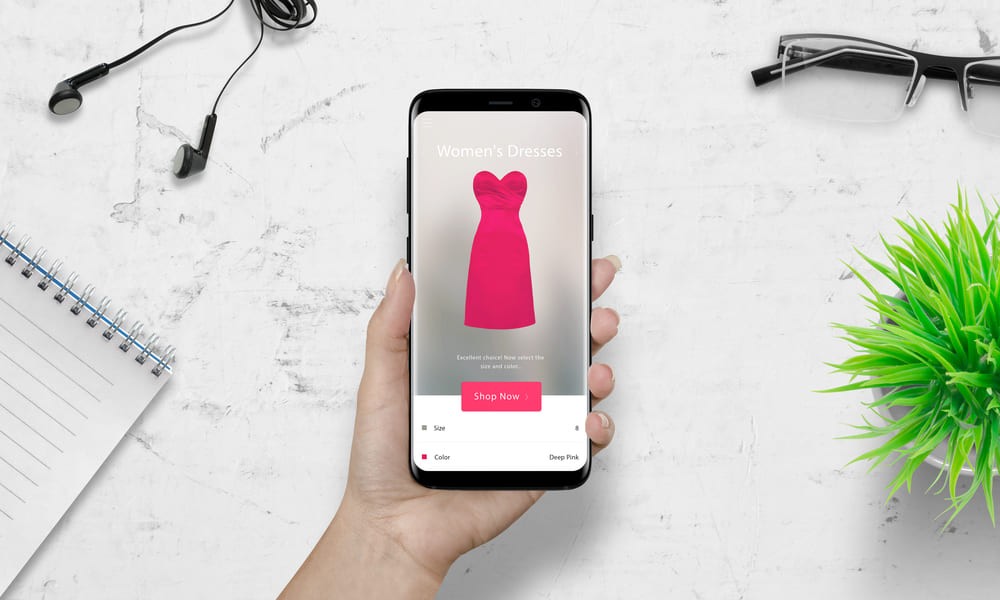 On the downside, high fidelity prototypes require certain effort and skills to be created, thus, they usually cost more. Yet, taking into account the listed advantages, this can be considered a reasonable investment in your future product.

Please note: As both approaches to quick app prototyping focus on different aspects and have clear value, they should be used in combination as two consecutive stages of a single process. First draft the functionality with low fidelity wireframes, then – visualize and test it with an interactive high fidelity prototype.

When is the right time to build a prototype?

It is clear that low fidelity prototypes are usually used at the early stages of a project’s development.

But when is the right time to start building the hi-fi prototype?

Important: Most startup owners rush the development process and want to start building an MVP right after they have the specs and design. However, we don’t recommend this approach: Making changes once the app is coded can be much more difficult and costly than changing something in a prototype.

How to make an interactive prototype: 5 steps for rapid app prototyping

The product definition stage is a crucial element of the software development process at Eastern Peak, and app prototyping is an integral part of this process.

Namely, it takes 5 steps to get from “I have an idea” to “we are ready to put that into code”.

We work closely with you to collect and document your requirements. This helps you better understand the process and the scope of the project. Using our experience and business expertise, together we improve your app concept to better meet your needs.

Our designers create an app design to match the functionality. First, we create wireframes with user flows and navigations. Then we develop the visual identity of your app – its UI, including the color scheme, interface elements, animations, and microinteractions. 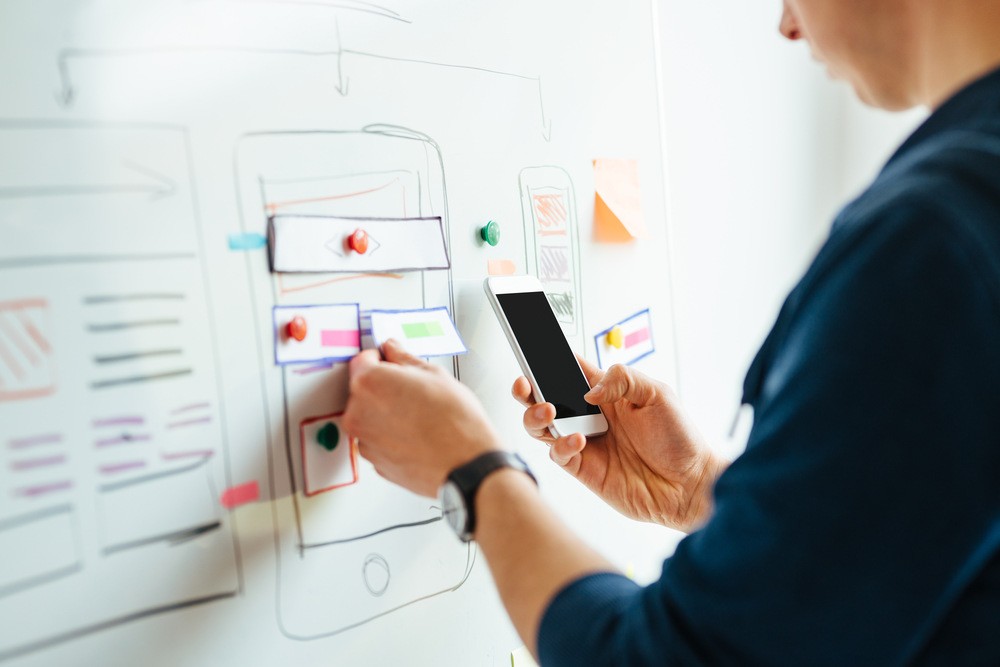 We put the UX and UI together and create a high fidelity prototype which mimics the look and feel of your future app. It is fully interactive so you can test it yourself, show it to your partners, friends, and family, or use it to seek funding.

Using an interactive prototype can help you source valuable feedback from your friends and family members or even organize alpha testing for a small group of users. Thus, you will find out if there are any UI/UX issues that you need to address, or if the product itself meets the users’ expectations.

By using user feedback, we iterate to improve the prototype and avoid costly changes later.

The described process takes on average 4-5 weeks to complete. While in terms of the whole software development project, it doesn’t seem like a big investment. Following these steps prior to building an MVP will help you avoid many troubles in the future.

The prototyping itself, as well as testing opportunities it offers, proves to be a valuable investment towards the success of your future product. By using this approach, you can validate the idea fast and without writing a single line of code.

While an MVP serves a similar purpose, prototyping is usually less costly, yet an effective way to source user feedback and improve your product. However, to get the best results, we recommend using both mobile app prototyping and an MVP as two consecutive steps in the early stages of product development.

Here at Eastern Peak, we provide end-to-end support and professional services from building your app from scratch to launching it onto the global market. To receive expert advice on your app development project or find out more about rapid app prototyping, contact us now.