Doctor-on-Demand: A Practical Guide to Creating a Telemedicine App

The Earth’s population is growing, and cities large and small are now a natural habitat for most humans. In the digital age, cities are increasingly embracing smart technologies and innovations.

For businesses, smart city technology offers a plethora of opportunities to create brand new products and services. The versatile data obtained by smart systems enables entrepreneurs to come up with new ideas and business models. Smart cities like Singapore, Stockholm, Amsterdam, Barcelona, New York and Dubai, to name a few, are inspiring other urban communities to follow suit.

In this article, we will break down the smart city concept and look at key opportunities and challenges surrounding smart cities. Read on to learn more.

What is a smart city?

On a superficial level, a smart city is a city that is digitally-enabled. A popular smart city definition is an urban community that leverages cutting-edge information and communication technologies to improve the lives of its citizens and creatively tackle many problematic issues of contemporary city lives. Admittedly, each city has a range of long standing issues that its dwellers have been struggling with for decades.

So, in more concrete terms, what problems do smart cities solve? Let’s list some of the key components of a smart city to see which aspects of urban life can be improved by smart city initiatives.

The core components of a smart city

A modern city is a complex entity, comprising of a range of facets that support the human lifecycle. From transport to administrative services, a range of spheres transformed by smart city technologies includes the following:

Smart transportation means using digital tools and systems to improve and innovate the urban transportation experience, resolve traffic issues such as traffic jams, and reduce the number of accidents. 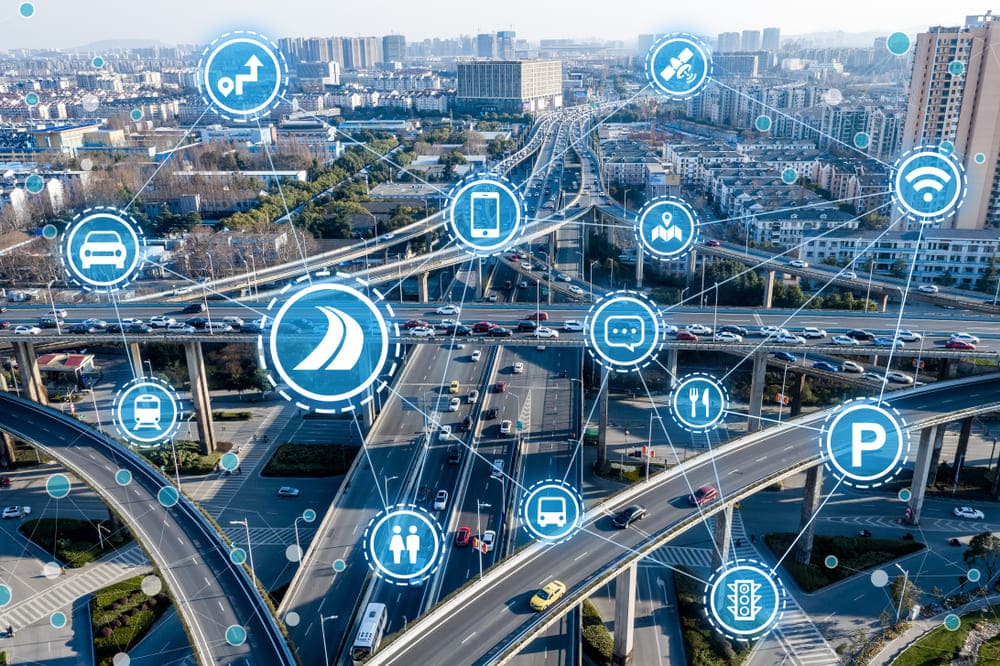 Some of the most enticing smart cities opportunities include digital systems for sustainable and renewable energy. For example, smart power plants using solar or wind energy may become an integral part of a smart city’s ecosystem.

Read also: How IoT is Transforming the Energy Industry

Implementing smart building technologies results in improved security and health levels, as well as enhanced convenience of its residents.

Smart farming is a set of digital technologies used in agriculture to increase the quality and quantity of crops and agricultural products. Smart technologies like IoT, soil scanning, GPS, and data management are also helping reduce the negative impact of farming on the environment. 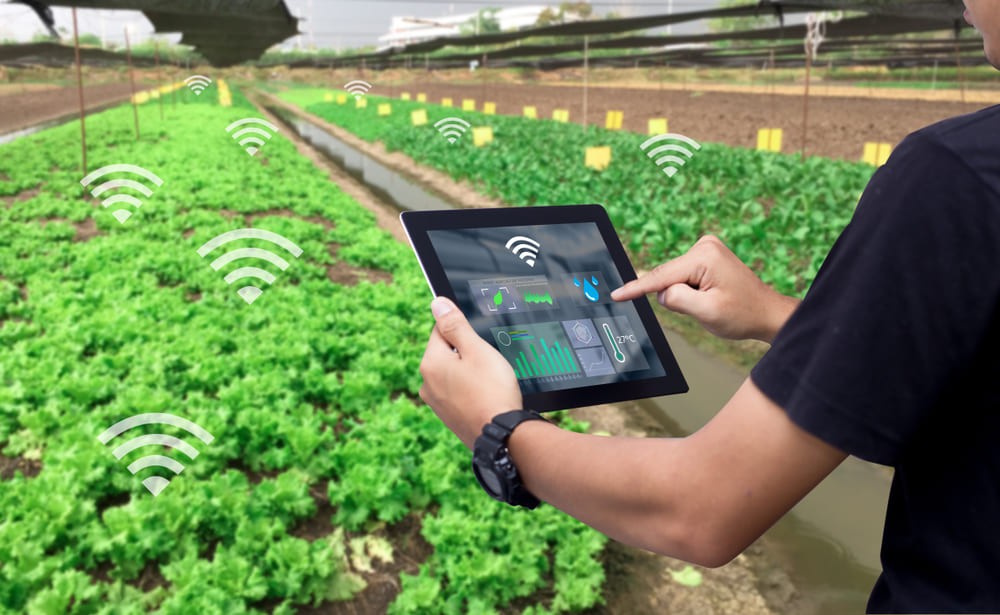 To fully embrace infrastructural innovations, smart cities need a transparent culture that will grant open access to data related to just about every facet of a smart city’s infrastructure: from info on new children’ playgrounds to details on government tenders.

The open data concept also implies that all data should be available in convenient readable formats and open for processing and analysis. By accessing open data, businesses can introduce new services and solutions for the benefit of the city.

Despite the obvious benefits of smart cities, there are plenty of challenges that stand in the way of urban digital transformation.

Here is an overview of some of the most pressing problems that stand in the way of smart city development:

Even though the advent of new technologies has reshaped our daily lives to an enormous extent, the infrastructure of most cities has remained unchanged since, roughly speaking, the 19th century. Understandably, smart city projects require a solid ground to thrive on.

Most people would like to benefit from smart city projects and enjoy higher levels of safety, lower crime rates, and in general, a better quality of life. The price they are asked to pay, though, may feel invasive and perhaps threatening. Surveillance cameras installed on every city corner may prevent speeding and other violations, but knowing that “big brother is watching” generates a range of emotions — from being gently uneasy, to feeling plainly paranoid. 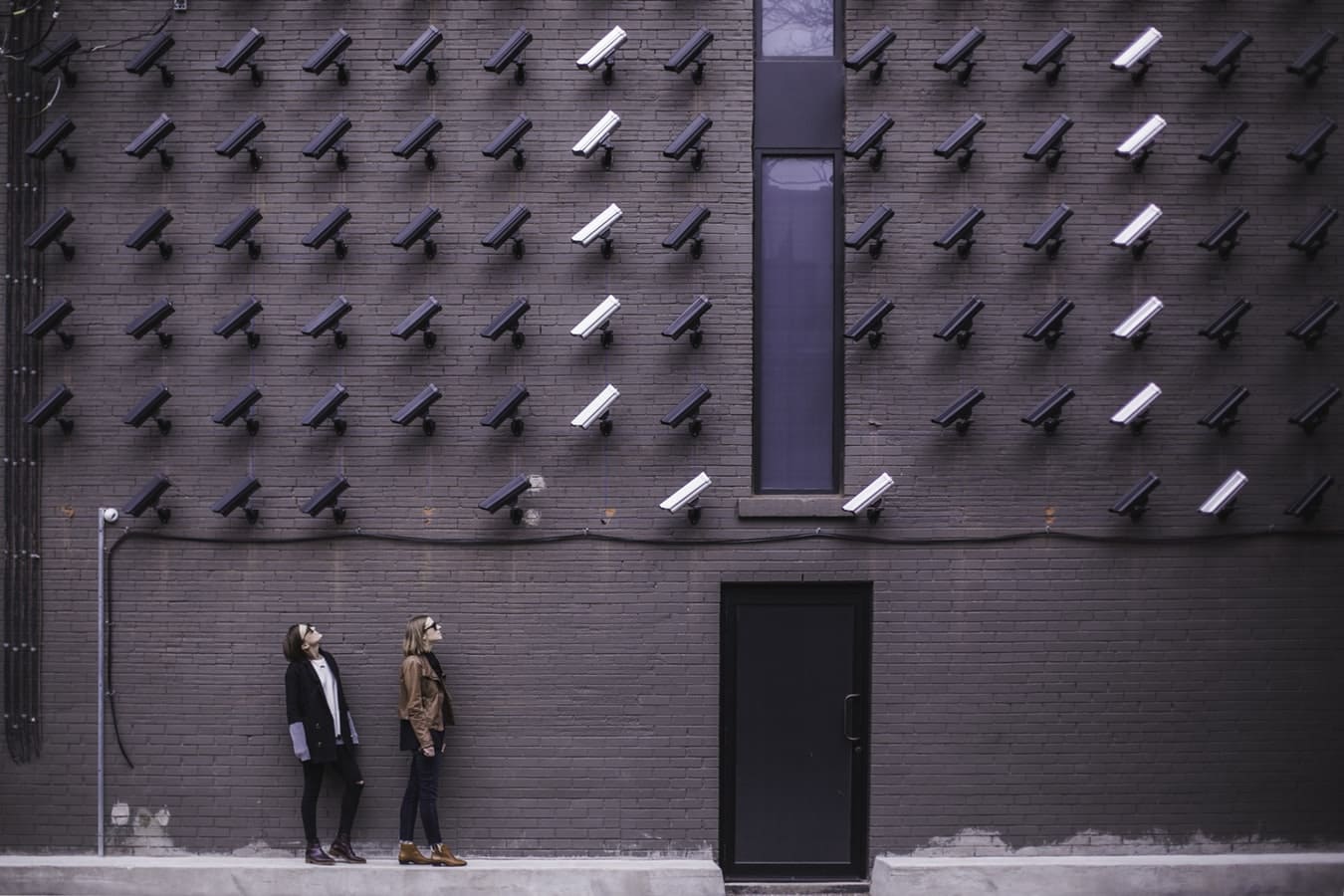 Another aspect that many people find disturbing is the amount of personal data collected by IoT smart sensors. Complete transparency as to how the data will be used, and educational initiatives aimed at informing citizens on how smart cities work, should alleviate these concerns, at least in part.

Security challenges in smart cities are the reason why many people are skeptical about smart city projects. IoT devices are essentially security loopholes. The growing number of IoT sensors and the increased interconnectivity of mutually interdependent siloes of city infrastructure raises rightful concerns. If the security standards remain unchanged, cybercriminals could one day shut down an entire city.

To fully benefit from smart city opportunities, citizens have to possess a solid understanding of the benefits and transformative potential of smart cities. In general, people are resistant to change, so building smart cities should involve educational initiatives targeted at winning the support of the city’s citizens and maximizing their engagement.

Such initiatives could include email campaigns, in-person meetings with local government representatives, online educational platforms and printed handouts – anything that could help citizens embrace change and make the transition less unsettling. 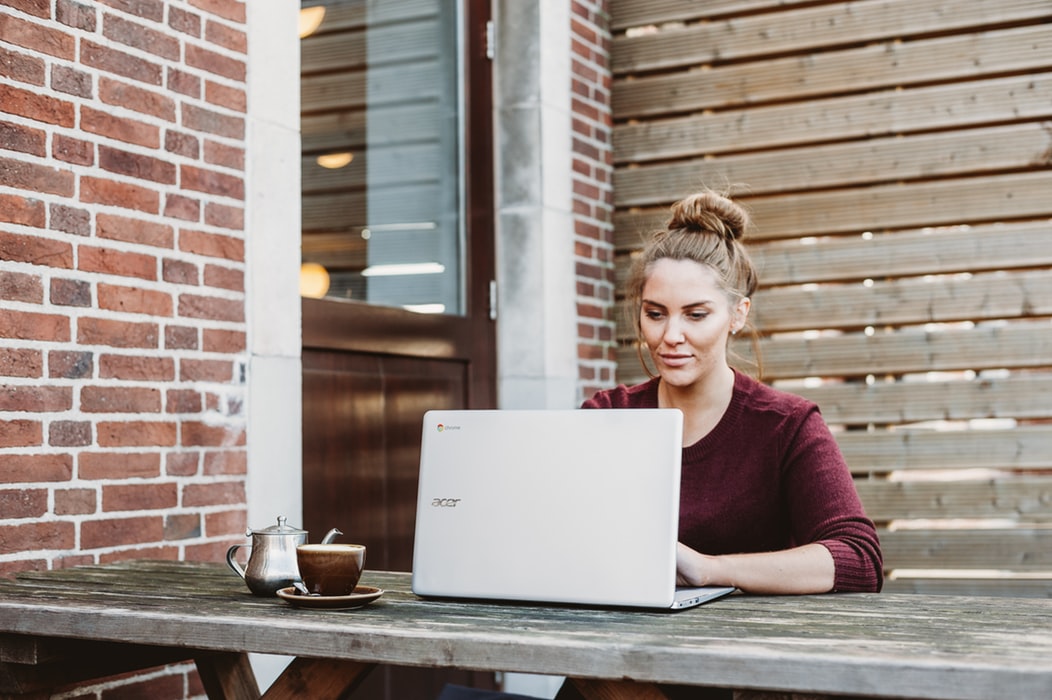 When it comes to ensuring inclusion while building smart cities, examples of unsuccessfully implemented initiatives could prove to be quite helpful. Failing to ensure inclusion could potentially negate even the best intentions.

For example, a city may fail to launch a healthcare initiative for elderly citizens because most of them don’t know how to use the technology.

Thus, smart city initiatives should be implemented in a way that fosters social inclusion and speaks to all categories of citizens, not just the well-off and tech- savvy ones.

So what problems do smart cities solve? Opportunities in smart cities are abound – in a world where emerging tech trends like AI, IoT and machine learning are transforming our daily lives.

Below are some of the most vivid examples of how smart cities are building the future.

Moderns cities are struggling with traffic congestion, as the number of vehicles continues to grow.

Smart solutions for traffic management, like the ones implemented in Irvine, California, tackle traffic issues and help eliminate traffic jams. The system monitors traffic and estimates the arrival time for the next group of cars to ensure that the traffic light is green at that moment. Smart traffic management solutions such as the adjusting of traffic lights to real road situations, able the resolution of one of the most vital modern city problems. 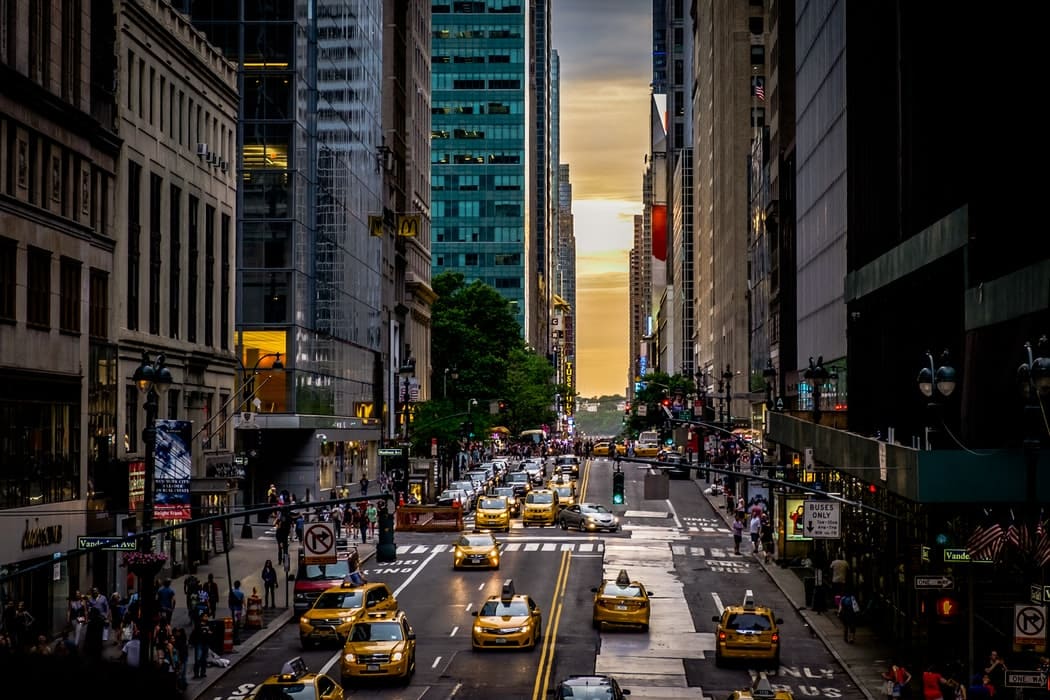 In-vehicle systems like Waze are already enabling drivers to share information about traffic situations. Integrating such systems with the city traffic and the road infrastructure database could indeed bring radical improvements.

Smart city traffic management systems can further extend to include public transportation. All types of public vehicles can be connected in one database enabling them to communicate with each other and alert users on arrival times so that they could select optimal routes for cross-city travel. Partially, such smart city systems have been implemented in Madrid, although it still has a long way to go to unveil its full potential.

Parking issues are some of the mundane problems big city dwellers routinely experience, but this doesn’t make them any less daunting.  Smart city technologies enable drivers to automatically locate available parking spaces and reduce time and stress-levels normally associated with finding a parking spot in an overcrowded urban space. Companies like T-Mobile and VW are already working to introduce these solutions in cities across the world. 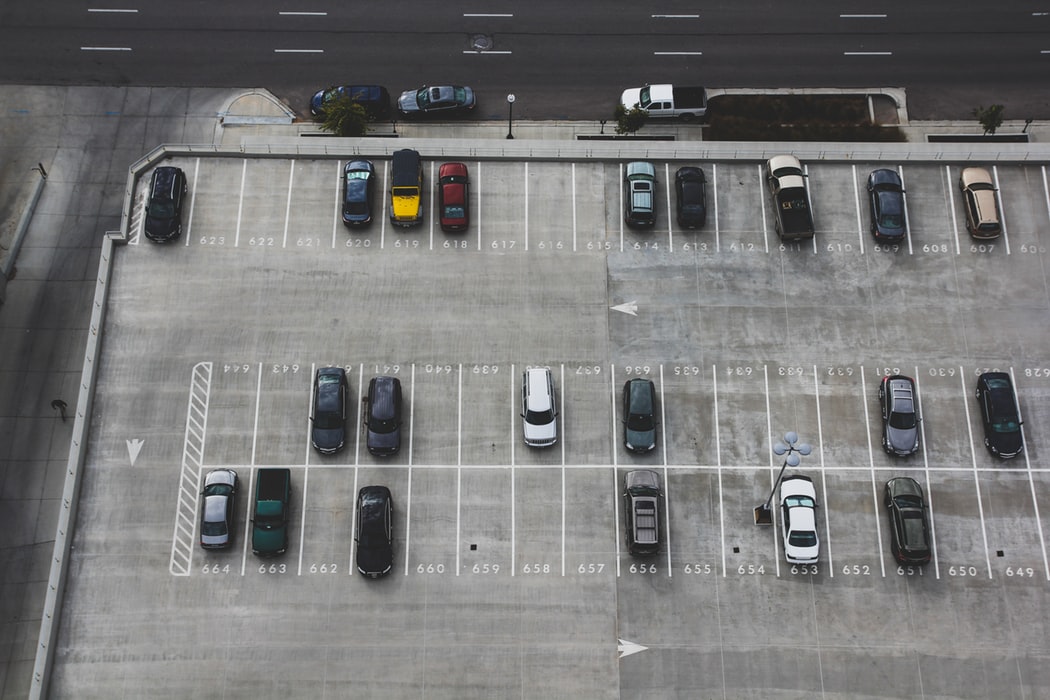 In smart cities like Singapore, surveillance cameras report any activity that looks suspicious – anything resembling a fight or someone moving towards a car with a gun. This allows the police to react immediately and helps maintain low crime rates across the city, since people tend to avoid transgressions when they are on camera.

In San Paolo, Brazil, surveillance cameras are monitoring tens of millions of cars for speeding, but also, they are detecting the ones that aren’t up to date on their taxes, and issues fines to those car owners.

All in all, smart city technologies can reveal their potential in a wide range of areas, from transportation to education and healthcare.

Becoming a smart city, obviously, won’t happen overnight. Building smart cities requires preparation, careful planning and a well-documented strategy supported on all administrative levels, not to mention community approval and acceptance. Below is a step-by-step plan which you can adapt to your current situation.

Every smart city project starts with data. Initially, you don’t need complex systems for data collection and processing (although you will at later stages). Focus on retrieving and categorizing the data you already have. The main issue here is that this data is usually stored in disparate databases and systems, so you will have to work on assembling it into integrated data pools.

Also, make sure the data is presented in readable and comprehensible formats. You will need this, if you want to make the data available for public access as part of an open data smart city concept. 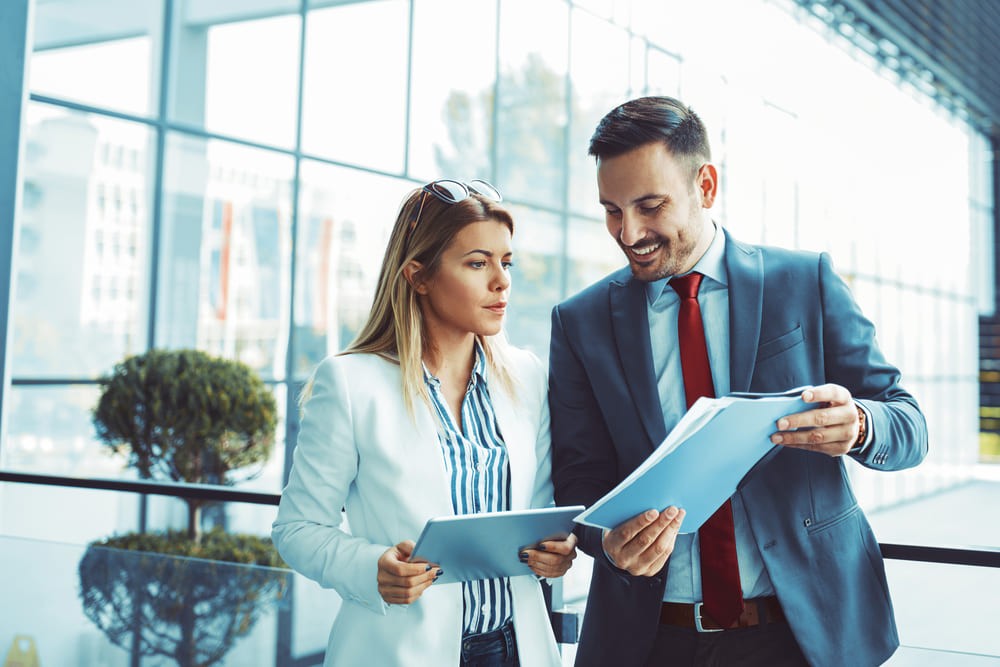 Every urban community has pain points of its own. From transport congestion to high crime rates, issues may differ in scale and type. As a next step towards smart city development, you can identify the most pressing issues that you want smart city solutions to tackle. Smart cities are, ultimately, not just about the hype: those hi-end technologies should focus on eliminating existing problems, even if their application won’t appear to be so spectacular.

In a commercial business, revenue is usually the main incentive driving it forward. Smart city projects are targeted towards certain social goals. Identify which goals you want to achieve in your case and phrase them in a positive light: healthier citizens, lower crime rates, a more seamless public transportation system, etc.

3. Work on the financing and budgeting plan

Admittedly, smart city projects are expensive and will demand the city administration to adopt a creative approach to funding. Apart from the city budget, businesses, individual philanthropists, funds like EU Regional Development Fund and government grants may prove to be viable sources of funding. If your projects win enough support from the local community, then perhaps crowdfunding is an option worth pursuing.

Smart city projects have one thing in common – they are irreversible. Their scale is usually tremendous, and once something gets messed up, it’s pretty difficult to go back to the way things used to be. Being able to test how your project will work and, most importantly, collect and process feedback, is a must when it comes to building smart cities. Obviously, choosing experienced contractors with a proven track record of successfully implementing smart city initiatives is a keynote to success.

Looking for expert advice and guidance on your path to becoming a smart city? Here at Eastern Peak we are ready to share our vision and expertise. Request your free consultation now, and make your first step to building a smart city! 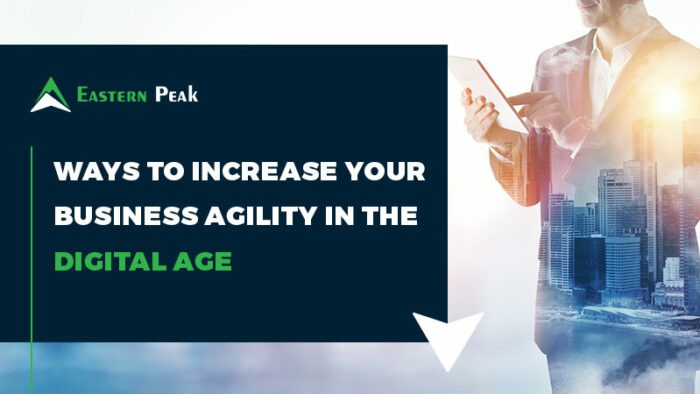 Ways to Increase Your Business Agility in the Digital Age

The new industrial era has dawned, but the shift that companies are going through is not just about adopting new ... 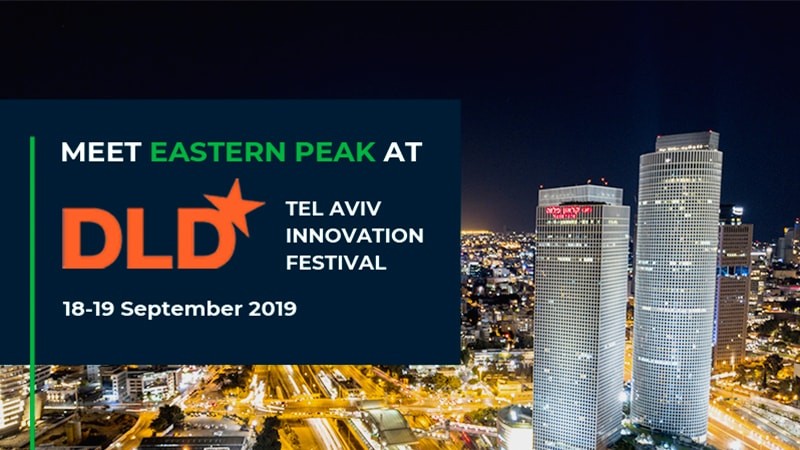 Don’t miss one of the world’s leading events this year for high-tech startups – the DLD Tel Aviv Innovation Festival! ...