Top 11 Methods to Prioritize Features for Your MVP

DevOps as a Service: Why Startups Consider DevOps Outsourcing

Restaurant Apps from A to Z: Core Features and Development Tips

How to Ensure IoT Security: Best Practices for Your Enterprise

The Internet of Things is booming, and the need to strengthen its security is following along. Specialists predict the global IoT security market to grow from 13.5 to 30.9 billion dollars in the next five years. This forecast indicates that while businesses in this area are likely to prosper, many enterprises that use or produce IoT will experience a surge of cyberattacks.

As technology in the world is becoming more and more intertwined, IoT security is rapidly rising to grab a seat among the top priorities for every enterprise. With all the trust and data you put into your IoT system, it’s crucial to ensure its safety to the highest possible degree.

In this article, we’ll explain how to strengthen the Internet of Things security, the kinds of attacks your enterprise can encounter, and how to respond to possible data breaches.

What is IoT security?

The Internet of Things security is a field that strives to ensure that all devices on an IoT network can handle potential attacks without getting compromised.

In addition to the need to withstand cyberattacks, security solutions for IoT face additional internal challenges in implementation.

Neglect. The IoT market is still relatively new and rapidly growing. It forces many vendors to race their competitors, trading security for an increased development speed.

Employees with access to the system. The human factor contributes to one of the most dangerous IoT security issues. While, in terms of technology, you can always add another layer of security, there is always a chance that an attacker will be able to trick your employee into giving them access. Weak passwords, disabled two-step authentication, and other similar cases of human neglect result in many successful attacks every year.

Insufficient resources. IoT networks can include many devices that don’t have adequate resources to handle the implementation of security measures. For instance, the smart lights system in your office may feature motion sensors that don’t support data encryption. Another issue lies with a company’s negligence. Some enterprises fail to conduct proper maintenance of the system and never update the devices’ security after installing them.

Third-party hardware. IoT devices thrive on interconnectivity. They frequently share a network and use external resources from other providers to enhance the user experience and the system’s functionality. While your enterprise can benefit from these added features, they also increase the security risks inherent to the system.

Legacy assets. Sometimes, enterprises need to connect older hardware or software pieces to the new IoT system. This requires substantial data migration, as well as introduces the existing security issues of the legacy components into your current infrastructure.

The lack of standard regulations. The Internet of Things is still a young field. The current security standards for IoT systems are scarce, and it prevents the industry from compiling a comprehensive and verifiable framework from the existing pieces. 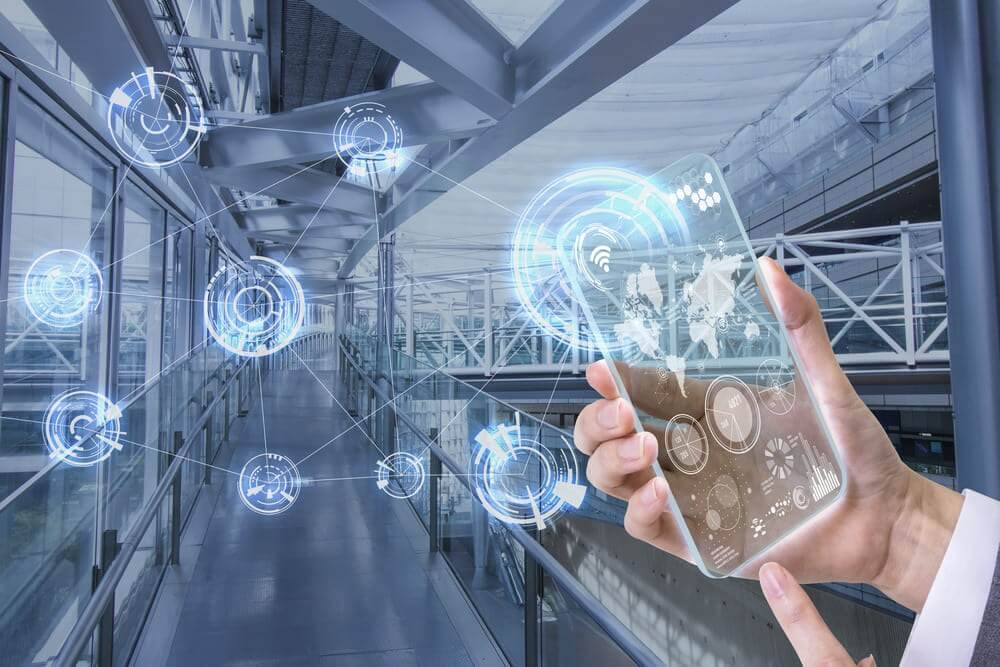 How Do IoT Attacks Work?

The vast majority of IoT security breaches involve malware injection, social engineering, or gaining physical access to the devices on the network.

Injecting malware into the system is currently one of the most widespread IoT security attacks.

The Stuxnet rootkit targets programmable logic controllers (PLC) on machines that run outdated versions of Windows. Once it enters the system, Stuxnet attempts to take control of Step7—the software that operates the PLC—and thus gain the ability to manipulate the required IoT device. The rootkit was first discovered in 2010.

A newer instance of IoT malware is called Mirai. It was first detected in 2016. Mirai operates by trying to break into any of the connected devices around, trying common factory login credentials one by one. If the malware manages to infect one system, it immediately begins scanning the network for linked victims. Once the system is sufficiently affected, the attackers execute a DDoS attack to put the victims’ servers out.

Social engineering is one of the most frequently overlooked IoT security risks. The practice refers to targeting an individual rather than the software or hardware components to break into the system. With conventional software, attackers normally aim to impersonate a person of authority or get the victim to download a file containing malware. The Internet of Things limits the possible options, but the risk remains.

One vivid case of social engineering occurred between 2013 and 2014 when a total of 750,000 emails with malicious content were sent through routers, TVs, smart fridges, and other IoT devices.

Physical tampering with the system’s hardware

The possibility to get direct access is the least likely of all IoT vulnerabilities but one of the most dangerous simultaneously. The risk is somewhat low because getting within physical reach of any part of your enterprise’s IoT system is a huge challenge. In case it does happen, however, the attacker will be able to interact with a large segment of the network. The scope of the damage will depend on the compromised gadget’s permissions. IoT device security is an essential barrier between this type of cyberattack and your system. 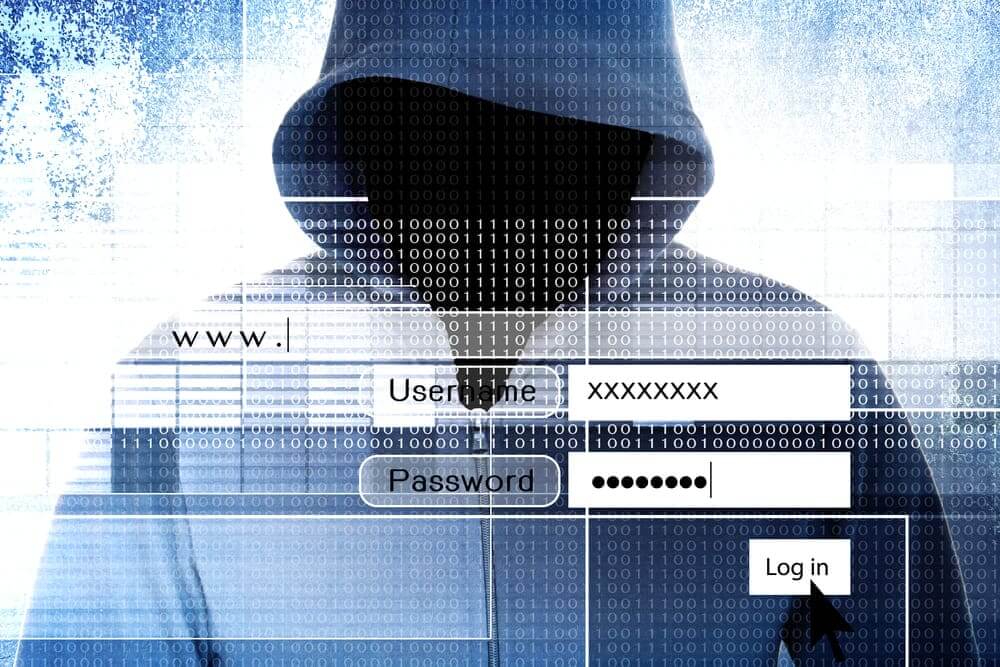 Here’s why IoT security is critical for any enterprise

To better understand the devastating impact of the discussed possible attacks, let’s take a brief look at several examples illustrating the Internet of Things security issues.

Many businesses still treat IoT security as a secondary concern, mainly because the risks are not always evident. At a glance, a compromised smart fridge is a benign inconvenience. But as you dive deeper into the possible consequences of an IoT cyberattack, it becomes clearer that even such a small breach can have severe consequences.

If your enterprise is in the field of medicine, the refrigerator can be holding some medication. The slightest tampering with the temperature in its environment can make the whole batch unusable. In the case the breach is not detected, the attack can cause serious revenue loss. Furthermore, if the medicine makes it to the market undetected, the potential consequences can be even more disastrous and result in life-threatening situations.

Another example of a successful IoT attack was actually conducted by two security professionals in 2015. The researchers gained access to a connected car’s internal system. They managed to kill the accelerator and tamper with other systems in the vehicle. Although the scientists didn’t put the test driver in danger, they reported that the hack enabled them to also hijack the brakes and engine.

Read more to learn about IoT security for connected vehicles.

Why is IoT security important?

Overall, vulnerable parts of an IoT system can act like open doors to attackers. Successful data breaches can result in significant damage to a business’s revenue and reputation, as well as compromised private data, information held for ransom, and physical threat to people.

The staggering statistics reveal that nearly 67% of enterprises that use IoT become the target of cyberattacks. Despite the enormous potential harm coming out of data breaches, as much as 48% of companies cannot identify whether any of their IoT system’s devices were hacked.

The lack of knowledge is the major factor in why enterprises struggle to take IoT security seriously. While it’s common to rely on hope, you should strive to devote more attention to your data integrity and take steps to secure your IoT system.

Steps to secure your enterprise against IoT cyberattacks and data breaches

Understanding how companies can overcome IoT security challenges will define the success and profits of your enterprise. Take a look at a few IoT security measures that can help push the inevitable risks below the critical bar.

1. Pick a system with good security

One of the most pressing Internet of Things security concerns is factory credentials hardcoded into the system. Nearly 32% of attacks succeed because of the usage of default passwords. Make sure that the provider only makes the system functional after the credentials have been changed, offering multi-factor authentication, biometrics, and other applicable methods, depending on the type of the device.

Use digital certificates and public keys

Make sure the system uses encryption

When learning how to prevent an IoT security breach, data encryption is one of the first things to adopt. You should encrypt the data both during storage and transmission.

Make sure authorization is required for your devices to use APIs.

Avoid opening network ports unless it is necessary, and for the times you do, ensure maximum security by only allowing authorized IP addresses and using appropriate antimalware software.

To limit the ways attackers can gain access, move the devices that need an Internet connection to a separate network or enable connectivity by access control lists only. Also, give each IoT device a unique signature so that you can always identify what you’re connecting to.

The lack of awareness of all devices present on your network is one of the most widespread IoT security threats. Compose and regularly update the inventory of the IoT devices on your network. You may need to terminate or limit the connection of devices belonging to your employees, service providers, or other parties that don’t need permanent access.

In all industries, it’s vital to ensure all devices connected to your IoT network can withstand tampering or, at least, make it impossible to miss the attempted attack. This is particularly important for devices at remote locations that remain without supervision for prolonged periods of time. 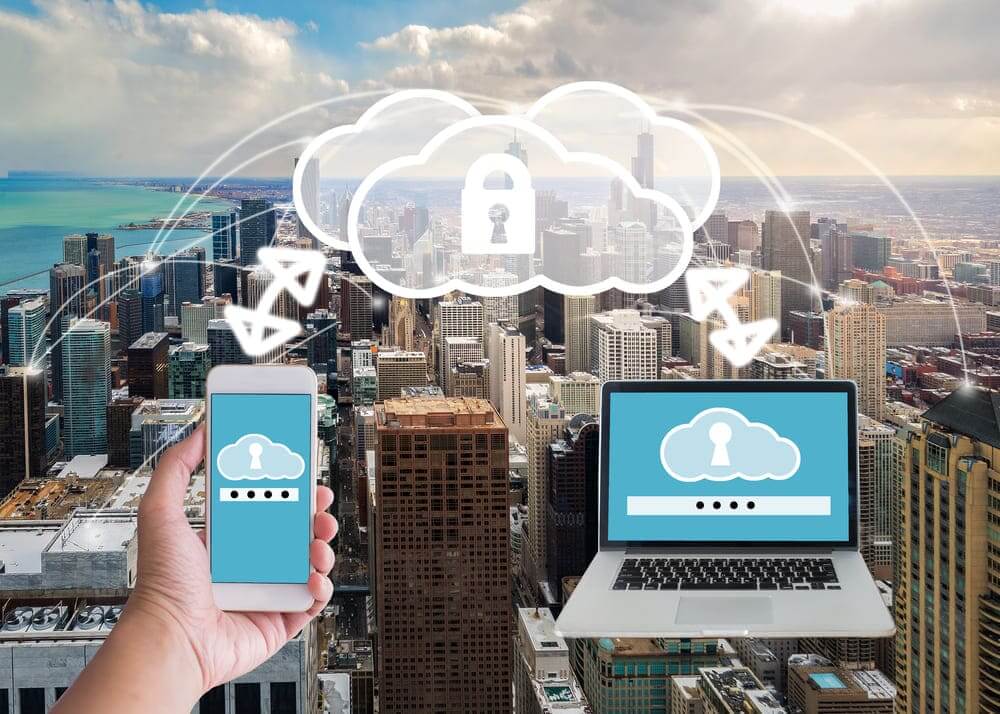 Deliver security patches and updates regularly. Make sure the security and development teams share the data about the system’s vulnerabilities and produce updates quickly when the need arises. Also, develop regulations regarding how to handle the data when the system reaches its end of life.

None of the Internet of Things security solutions is bulletproof. To avoid getting caught off guard, invite professionals to rigorously test the system your company uses. Penetration testing involves conducting various kinds of attacks on your system, including physical breach, malware, and social engineering, and subsequently reporting and fixing the discovered vulnerabilities.

Make sure all workers know why IoT security is so critical to your company’s success. Conduct training sessions and explain what cyberattacks are, how hackers tend to carry them out, and what to do in case one occurs. Mock cyberattacks work similarly to fire drills and build resilience, enabling your staff to react calmly and professionally, thus minimizing the damage.

Taking care of IoT security is crucial for your business

Protecting IoT devices is vital for any enterprise that uses this technology. The Internet of Things is growing rapidly, and it often means that manufacturers rush to release their products with minimal security mechanisms implemented. This can lead to data breaches and severe damage—not only to your enterprise’s finances but, potentially, the health and safety of everyone who uses the system.

Considering, the Internet of Things these days can include anything from corporate vending machines to cars and implantable medical devices – investing in IoT security solutions is vital for businesses.

At Eastern Peak, ensuring the security of your IoT system is always an integral part of our development process. Contact us today to get a free quote and discover how IoT can help your enterprise grow. 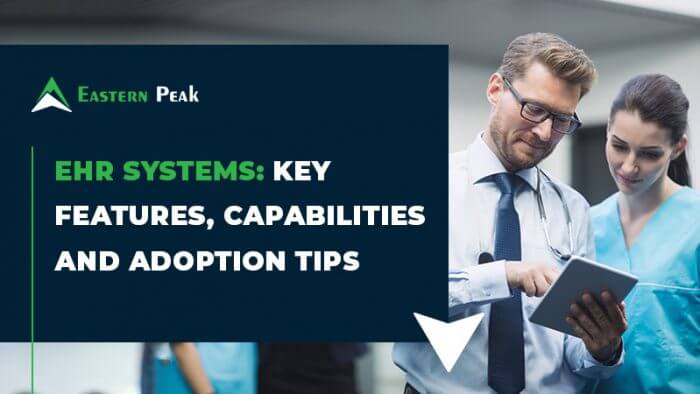 Electronic Health Record (EHR) systems have become the golden standard for the aggregation, storage, and exchange of medical data. Not ... 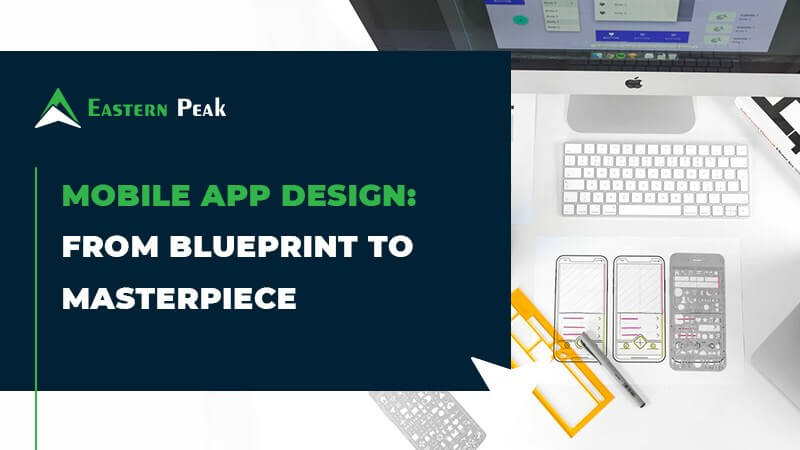 The article was updated on November 04, 2020. The current market for the development of mobile applications is extremely competitive. ...