How to Increase Android App Revenue

Mobile applications are a powerful tool for promoting your business, increasing your sales or simply making money. iOS and Android are the most widespread and constantly contrasted platforms. The question arises though, what platform is better for every particular purpose and why? When to make a choice in favor of iOS and why sometimes Android version is a much better option? How to succeed developing a paid app for Android?

According to statistics, 600 million smartphone owners prefer iOS, while 1.4 billion people all across the planet use Android devices. The common belief is that iOS applications earn a lot more.To be exact, the figures show that:

1. Android apps take more time and money for their development

The release cycles mean the adoption rate and a demand for newer versions. iOS has higher adoption rates, so the developing team can totally give up the older versions and concentrate on creating new ones. The Android though has to support all old versions and devices simultaneously.

This problem has been discussed many times. App developers have to admit that paid applications are being bought better on Apple App Store than on Google Play. Still it doesn’t mean that there are no ways to benefit and we’ll tell about them further.

From this point of view, iOS application often may be easier and faster to develop. It is a better choice if it is only a start, you want to have clear feedback and some immediate return on investments. Yet if you want to grasp a bigger circle of users, you definitely have to turn to Android.

However, mind your initial goals and audience – the main things you should focus on. To reach the widest audience coverage and have a maximum number of customers you’ll definitely need to develop for both platforms.

Why still Android and not iOS?

What about the Anroid app revenue model?

Recent surveys have revealed that the view on iOS applications as more profitable and revenue-generating ones is slowly becoming a thing of the past. Android incomes have recently grown rapidly and noticeably. The result is visible: Android is slowly approaching the bar set by iOS in terms of money. If you want your Android app revenue to be not less than iOS, you have to pay attention to certain things.

How to increase your revenues: practical steps

There exist a number of Android apps monetization strategies aimed at making your app bring you money. Let’s discuss them.

Cost per Install is a favorite monetization way of iOS. Android users more willingly download the apps for free. A simple and effective solution in this case – Freemium. This model means that an application is available for free, but some extended features, for e.g. upgrade or new levels will be accessible only in the paid version. Let the users try a demo version of your app and they won’t resist the temptation to continue using it on a paid basis. 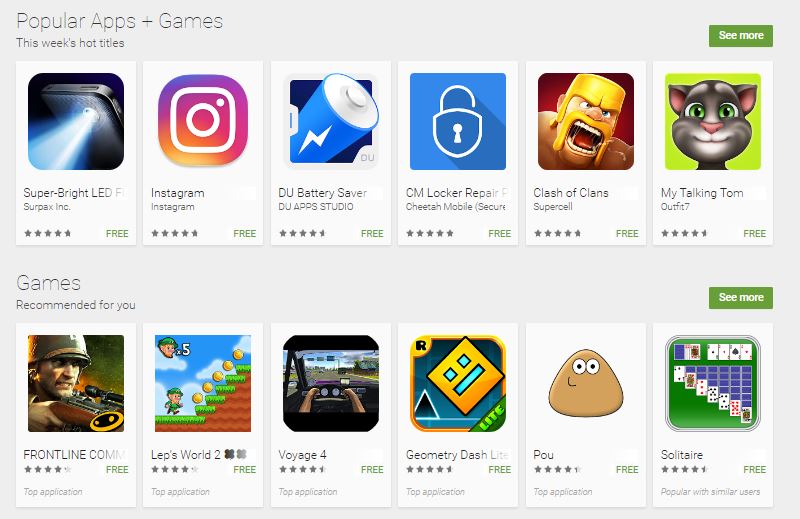 Now we’ve come to the favorite kind of gaming Android apps revenue model. Users can buy various items or skip waiting time for a certain fee and significantly improve gaming process. If we are talking about other apps, it can be special packs of photo stickers or sounds. Or any other in-app goods that seem attractive enough for customer to fork out some dollars.

When it comes to advertising, the application starts to earn money the moment the ad appears in front of users’ eyes. Try to avoid the ads which are too annoying and do not match the app’s philosophy. The best way would be to place the ads that may interest the user where he can find it – like this they will not be perceived as advertising at all!

Another suggestion is to trade with the fruits of your work- the code itself. You can sell what you’ve developed and invented with those eager to make something similar. It is more lucrative for them to spend a little money and to save up the time. At the same time it is a great chance for your app – to enhance the revenue significantly without extra efforts and sacrifices.

Our advice, keep an eye on:

Be loyal to your users. Right, they have to be the main focus point. If you want to attract some new ones, adjust your app so that it will hold something they are looking for.

Stick to your original purpose – deliver a high-quality product and gain your profit for that. First think about your customers, if they are not satisfied, it won’t do you any good and your revenues either.

Also keep in mind that while it is easier for Android to expand the user net, iOS has a higher retention rates, meaning that Apple users are more engaged. Your task is to change that for own app, concentrate on reengaging your current user base as well as building a new one.

Don’t forget about advertising your app

There is a whole ocean of ways for Android apps to reach and even beat iOS revenue levels and not be left behind. It all depends on your creativity, confidence and determination to debunk the common myth. In case you still need some advice on the matter, our specialists are always willing to share their experience.

previous postAgile vs Waterfall Project Management: Which one to choose? next postPokemon Go: What App Marketing Strategy means for the Future Revenue?